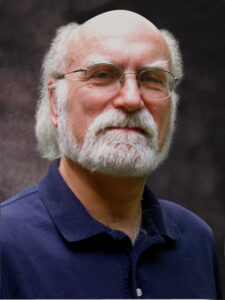 Founder of Authentic Education and Co-founder of Understanding by Design

Grant Wiggins was the founder and President of Authentic Education in Hopewell, New Jersey. He earned his Ed.D. from Harvard University and his B. A. from St. John’s College in Annapolis. Grant and his AE colleagues consulted with schools, districts, state and national education departments on a variety of reform matters. He and his colleagues also organized conferences and workshops, and develop print and Web resources on key school reform issues.

Grant is perhaps best known for being the co-author, with Jay McTighe, of Understanding by Design®, the award-winning and highly successful program and set of materials on curriculum design used all over the world; and of Schooling by Design. He was also a co-author for Pearson Publishing on more than a dozen textbook programs in which UbD™ is infused. His work was supported by the Pew Charitable Trusts, the Geraldine R. Dodge Foundation, and the National Science Foundation.

For over twenty five years, Grant worked on some of the most influential reform initiatives in the world, including Ted Sizer’s Coalition of Essential Schools, the International Baccalaureate Program, the Advanced Placement Program; state reform initiatives in New Jersey, New York, and Delaware; and national reforms in China, the Philippines, and Thailand.

Grant is widely known for his work in assessment reform. He wrote Educative Assessment and Assessing Student Performance, both published by Jossey-Bass. He was a lead consultant on many state assessment reform initiatives, such as the portfolio project in Vermont and performance assessment consortia in New Jersey and North Carolina.

His many articles have appeared in such journals as Educational Leadership and Phi Delta Kappan. His work is grounded in 14 years of secondary school teaching and coaching. Grant taught English and electives in philosophy, coached Varsity soccer, Cross Country, JV Baseball, and Track & Field. He also played in the Hazbins, a rock band.

“The point of school is not to get good at school.”

Meet the rest of the Authentic Education Team